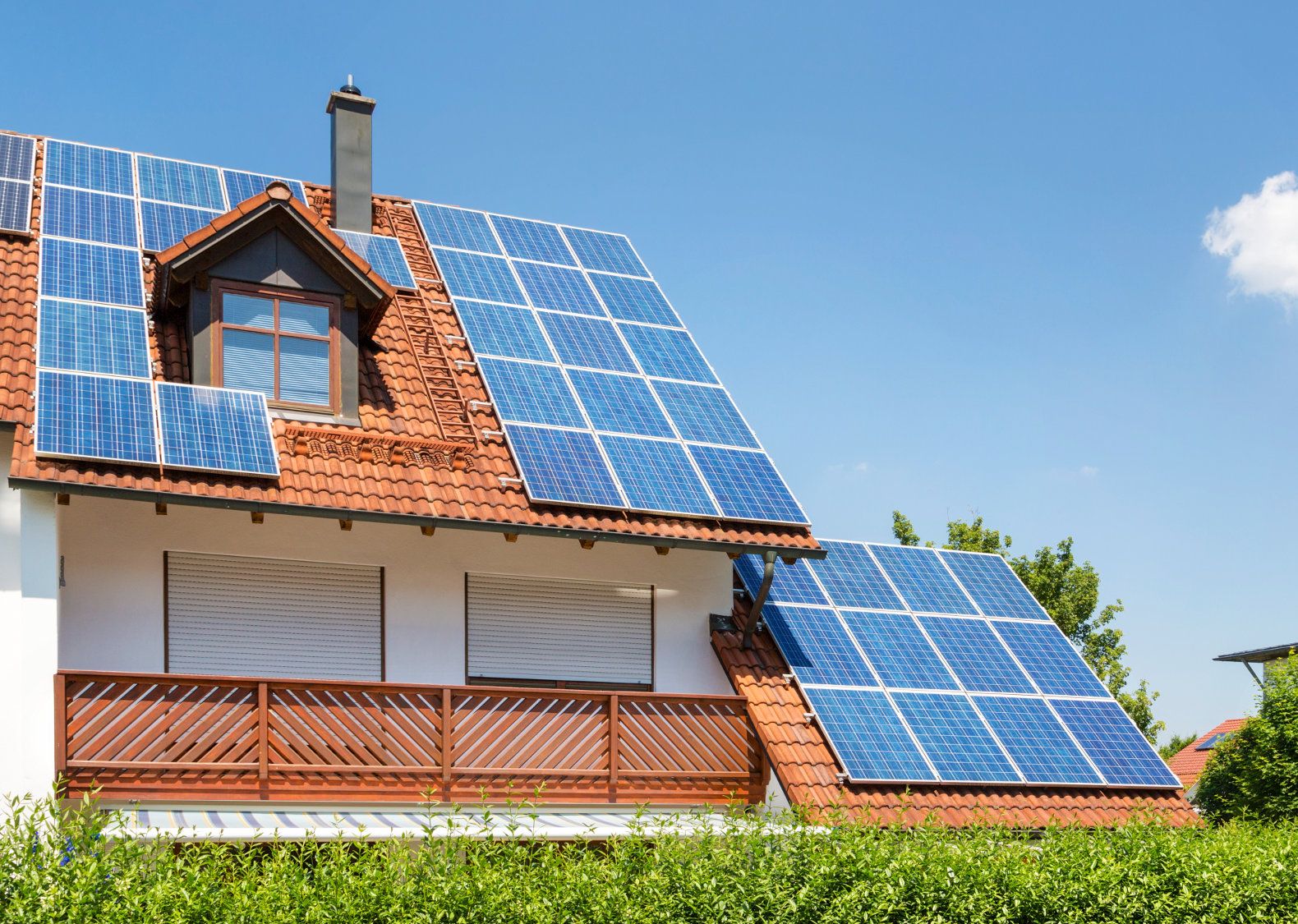 Green energy is gaining popularity fast, and solar is one of the best eco-friendly residential solar panel system options. A solar panel is connected in a group of electrically connected solar cells enclosed in a single frame, which converts sunlight into electricity. Switching to solar energy has many advantages, allowing you to save money while helping the environment, and may have a few limitations connected to the location of your house and weather conditions.

The concept of harnessing energy from the sun is not new; in the 19th century, the first residential solar panel system was developed, but it has only one default that was 1% solar efficiency.

After purchasing and spending money on solar panel systems, you will not have to spend a cent on the electricity they produce. Moreover, you can reduce your carbon footprint by using solar energy since it is green and renewable.

Annually, solar energy system users save 75 million barrels of oil and 35 million tonnes of carbon dioxide. They also pay a huge amount of power that can be harnessed from the sun in just one hour; the Earth receives more energy than it would consume in an entire year (approximately 120 terawatts).

What are they made of?

Nowadays, solar cells in domestic installations can convert around 20% of the sunlight they receive into electricity, while some commercial systems can reach 40% of the solar efficiency.

The cost of home solar energy systems installation is not to be overestimated. Even though prices are high, the payback period is short due to the savings on electricity bills and government aid. Homes with solar panels catch many buyers’ attention, and they willingly spend thousands of dollars to buy the house. Such homes sell faster and at a higher price.

Because of economies of scale and lower cost of materials, technological advancements and a rise in installations are likely to lower prices. Since the introduction of solar panels in 1977, prices have declined steadily. In 1977, a kilowatt of solar energy would have cost you $76.67. That kilowatt costs $0.30 today.

Once installed, solar panels do not require any maintenance or low maintenance. But the only thing you have to make sure of is that they are clean and not shaded by anything. A tilted roof will require less cleaning since rainwater helps remove dirt. Additionally, residential solar panels are very durable and have a very long lifespan. They have a minimum of 25-years but can last up to 30-40. 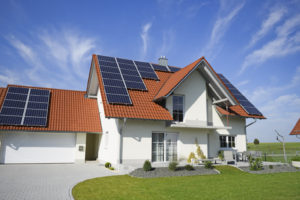 Residential solar panels work efficiently in direct sunlight, but it also produces greater electricity on cloudy days and winter. On the other hand, no electricity can be made at night, but a storage system can solve this problem. The solar battery storage system cost can be paid off by selling excess energy to the national grid and by the benefit of making you 100% energy independent. It would help if you still considered that residential solar panels produce free electricity during the day, which is more expensive and valuable.

Before installing residential solar panels, check the roof’s shape and inclination, as well as the house’s location. The roof should be facing south at about a 30-degree angle to get the best annual performance. On the other hand, solar panels come with 25-year warranties, guaranteeing that the output will not lower below 80% within that time frame. Furthermore, solar panels do not perform much better in warmer temperatures. Solar cells use sunlight rather than heat to produce energy, and high temperatures reduce their efficiency.

Residential Solar panels can be used on buildings, roads, bridges, and even spacecraft and satellites. Solar energy is making its way into all aspects of life; portable panels are already present on solar blinds for your windows and small devices like phone chargers.

As technology is increasing, cars and boats are updating to solar energy in upcoming years. And now, large, empty areas are increasingly being used to host solar farms.

How Do Solar Panels Work?

Solar panels convert solar energy and convert it into usable electricity for residential use. You use less electricity from your utility company when you use your panels’ solar energy, lowering your energy bills.

A solar power system’s main components are solar panels, solar inverters, and racking equipment. The type of residential solar panel system you have will determine how it works: grid-tied, hybrid, or off-grid.

Most of the home solar panel systems are grid-connected. This means that if your solar panels generate more energy than your home tends to require, the excess is sent to the grid. You use electricity from the grid when your solar panels aren’t producing enough to power your home.

Most states have some form of net metering, which means you’ll be paid for the extra electricity you send to the grid, usually in the form of a credit on your electric bill.

In Australia, hybrid solar systems are becoming more popular. The battery allows you to use all of the solar energy your panels generate (it stores power as it is generated and saves it for when you need it later) and ensures that your lights are on in the event of a grid outage.

Although it is less common, some homeowners install off-grid solar systems. The term “off-grid” refers to a system that is not connected to the grid. This means you’ll need enough solar panels and batteries to power your entire home 24/7. The majority of off-grid systems are installed on the mountain cabins, but they aren’t as practical for everyday homes with grid access.

How much money can I save with a residential solar panel system?

The average Australian home solar setup saves around $114 per month with a residential solar panel system. The amount you save with solar panels for your home depends on your energy usages, your utility charges for electricity, and your system’s size.

This is why states with high electric prices, like in Australia, install solar panels – not because it is overly sunny – it’s because it pays the most per kilowatt-hour (kWh) for electricity. It also saves the most with solar.

Depending on your solar panel system’s size, you can eliminate your entire electric bill. Spend $120 per month on electricity and install a solar panels system designed to offset all of your electricity usages. You could end up saving $36,000 over the lifetime of the system.

You will not need to apply for planning permission to install solar panels domestically, as long as your installation does not protrude more than 200mm. Therefore, you will need permission if your system is too large or for other reasons such as placement within protected sites. 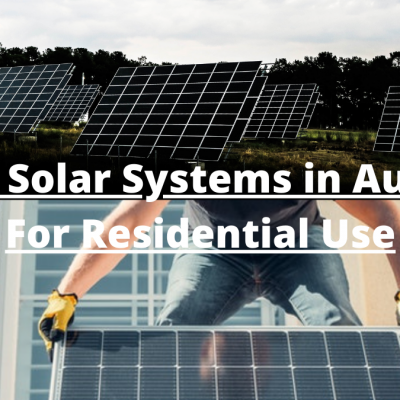 Hybrid Solar Systems in Australia For Residential Use 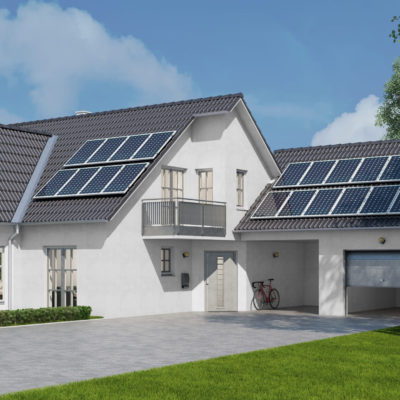 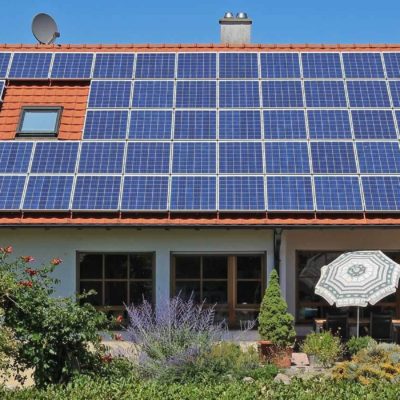 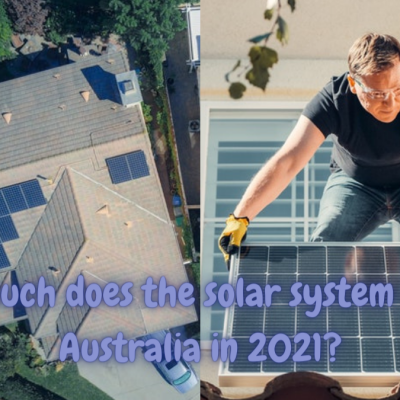 How much does the solar system cost in Australia in 2021?